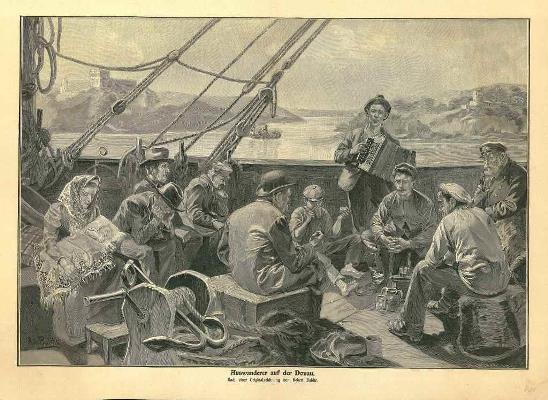 For almost 500 years, the history of the Lands of the Crown of Saint Stephen was coupled with the House of Hapsburg. The dynasty at home in Vienna formed the political and cultural link between the Hapsburg countries and at the same time facilitated, up until 1804, a special bond between the countries under the Hungarian crown and the Holy Roman Empire. As far as migration was concerned, this meant a very profound and multifaceted relationship. Scholars, students, emigrants, merchants and craftsmen were en route in both directions and saw to rapid cultural and social communication between far removed regions. The research area deals above all with those forms of migration which in the 18th and 19th centuries played a decisive role in social transformation processes in historical Hungary. These are, on the one hand, the rural settlement migration in the 18th century that was classed by the crown and private landowners as one of the most efficient methods of the economic and social reforms decreed to the purpose of cameralism and, on the other hand, the immigration in the 19th century into market towns (amongst others) that has contributed to urbanisation and gentrification in a landscape predominantly rural above all in central and southern Hungary.

Research projects completed so far within the framework of single studies, conferences and exhibitions - on topics such as emigration to Hungary and settlement migration in countries under the Hapsburg monarchy in the 18th century, religion-induced migration in the modern era, student migration from Hungary to German universities from the 16th to the 20th century, the role of migration in historical remembrance and the group-building process of the Danube Swabians or history and significance of the reformation in Hungary and Transylvania – have led to a large number of publications, as can be seen in the list.